Below is all you want to know about Paul Lieberstein's family, spouse, height, weight, and more!

Paul Lieberstein is an American screenwriter, actor, and TV Producer. He’s best known as the producer, writer and a supporting cast member in the role of ‘Toby Flenderson’, on the NBC sitcom- ‘The Office.’ He appeared in the series from seasons 5 to 8.

Paul started with his first writing job in the sitcom ‘Clarissa Explains It All,’ but was unfortunately fired after he and his partner had split up. After that, Paul went on to have a few other small roles in the writer rooms of the movie ‘Weird Science’ and the TV series ‘The Naked Truth,’ until he was approached by his brother-in-law Greg Daniels to join the staff of the animated series ‘King of the Hill.’ Since then, there was no looking back.

Paul Liberstein, after having a long time affair with his girlfriend Janine Serafin Poreba, finally got married to her on July 19, 200, at New York City’s Battery Garden Restaurant. Janine’s an English teacher at the Santa Monica College in Santa Monica, California. Paul and his wife Janine are usually seen to keep the details of their private life, off the media radar. The couple’s also not much seen making public appearances together, which means that they prefer having their family life well under wraps.

Catherine Tate was a proven comedy actress from a comedy background with great taste. I knew her work, and was an incredible fan.

The thing about many celebrities – not all – is that they’re fantastic actors.

Soon, the viewer won’t even know if he’s watching on broadcast or the Internet. He’ll just be eating his cereal and see an image on the spoon. That’s how we’ll be watching soon, on spoons. The commercials will be on the knives.

When someone leaves an office, often there’s a series of successors until you settle on one.

When we are in pre-production, this is the best job in the world. Working 10 to 7, sitting around and brainstorming with the other writers, making things funnier and writing and rewriting scenes – that’s as fun as it gets. 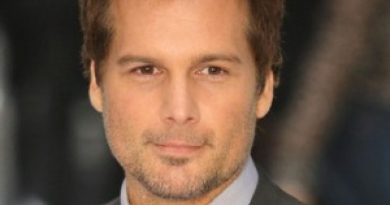 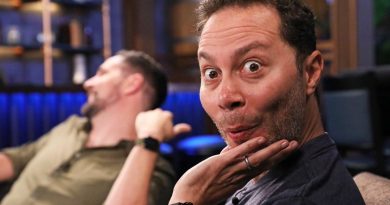 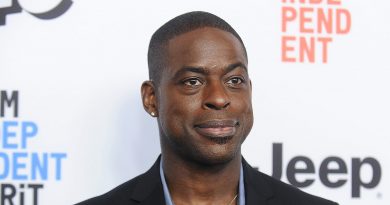